Magashule trying to ace Hawks and the media – Analyst 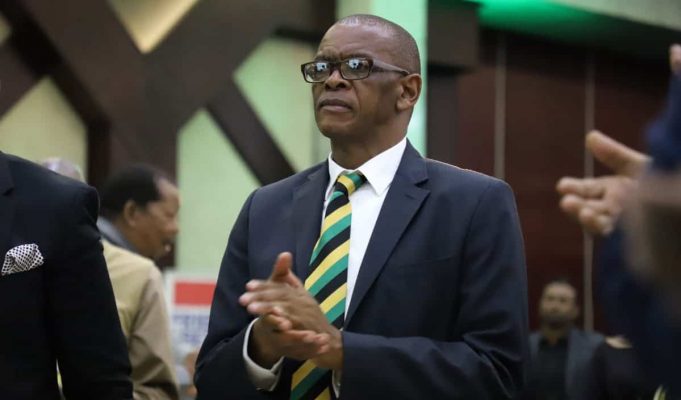 No arrest warrant has been issued to the ANC Secretary-General Ace Magashule. His attorney Victor Nkwashu says his client has not received any warrant of arrest and will write to all the relevant authorities to ascertain the rumours on the matter.

This followed reports that Magashule would be arrested this month for his connection in the Vrede Dairy Farm project in the Free State. Last week, several high-profiled arrests were made.

Nkwashu adds that the National Prosecuting Authority’s Independent Directorate Head Advocate Hermione Cronje is yet to confirm that warrant was issued.

Political commentator, Khaya Sithole believes that ANC Secretary-General, Ace Magashule tried to preempt the action of the Hawks, by playing into the media space and creating confusion. Magashule is implicated in the failed Estina Dairy Farm Project that left black farmers destitute and business associates close to the Gupta business family handsomely rewarded.

Check out our SoundCloud page for more interviews, discussion and analysis.