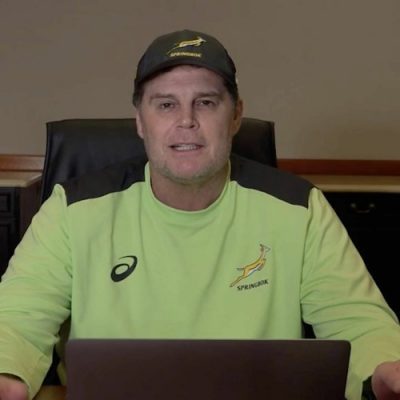 Springbok coach Rassie Erasmus has garnered quite the attention, following a ‘leaked’ video of him exposing the alleged bias in the first Test between the Boks and the British & Irish Lions.

In the hour-long video, Erasmus criticised Australian referee Nic Berry’s refereeing skills during the match. The Boks coach dwells into further detail showing highlights of the game indicating refereeing errors including inconsistency in the length of advantage played, and breakdown rulings. Did Rassie indeed lift the lid on a matter that was kept quiet for far too long?