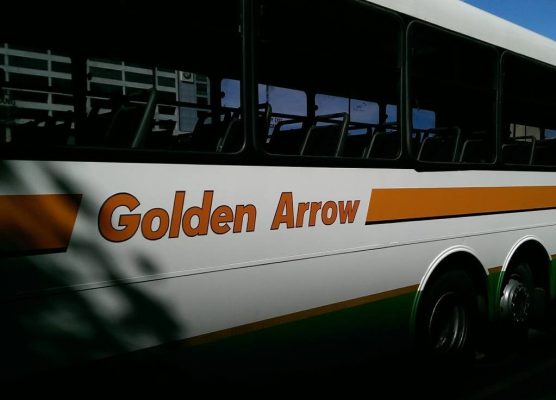 Share on whatsapp
Share on facebook
Share on twitter
Share on linkedin
Share on google
Share on email
Share on print
Two Golden Arrow buses have come under gunfire in Gugulethu and Nyanga this morning. The motive behind the shootings is unclear at this stage. No injuries were reported in the attack.
It comes just days after a bus travelling along Govan Mbeki Drive near Philippi was attacked on Friday. Two gunmen posing as passengers robbed the driver and fled with the cash.
Cases of attempted murder have been opened at both Nyanga and Gugulethu police stations. No arrests have yet been made.
[Picture: Duncan Alfreds / News24]