Stuck in the car on a hot day 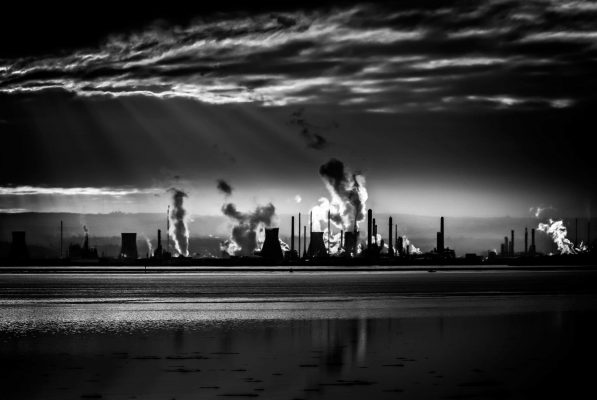 We’ve all had that horrible experience of being stuck in a car on a sunny summer’s day while the driver pops in somewhere, and the car gets hotter and hotter. We’ve often heard tragic news headlines from all over the world where young kids or pets were killed when they could not escape the car because the windows were shut, and so they succumbed to heat exhaustion.

So why does the car get that hot?

We know that heat energy from the Sun passes through space, into our atmosphere and eventually passes through the glass windowpane into the car. So why doesn’t the heat move out through the other glass windowpane? This is because the energy heats the air inside the car, and this hot air cannot escape if the windows are closed. Therefore we use glass, or other transparent materials to build greenhouses. Our earth system works similarly.

We know that heat energy from the Sun passes through space, into our atmosphere and eventually passes through the glass windowpane into the car. So why doesn’t the heat move out through the other glass windowpane? This is because the energy heats the air inside the car, and this hot air cannot escape if the windows are closed. Therefore we use glass, or other transparent materials to build greenhouses. Our earth system works similarly.

Most of us have heard the term greenhouse gases – most of which contain the element carbon. One of these gases includes carbon dioxide which living organisms release. Another even more powerful greenhouse gas is methane. It is released when plant and animal remains decompose without the presence of oxygen. Additionally, it is produced by many animals (including humans) through their digestion and released in flatulence!!

These gases allow the Sun’s energy to pass into the atmosphere. Some of this energy heats the air, water and land, and the rest is reflected off the earth’s surface (particularly from ice fields) to bounce back into space. However, greenhouse gases don’t allow all the energy to escape. This keeps our atmosphere at a temperature range which has allowed life to develop and be sustained on our planet.

However, since the beginning of the industrial age, carbon dioxide levels in the atmosphere have increased by 40%, and methane levels by 150%. This means that while energy entering the atmosphere from the Sun remains the same, less and less energy can escape into space because of the increased levels of greenhouse gases. So, the average temperature of our atmosphere is increasing above its typical temperature range – global warming.

To go back to our car window example, it is like the more carbon we have in our atmosphere, the more we are closing the windows of the hot car.

All of these factors can be measured. Scientists around the world share data. They have been measuring the air temperature for hundreds of years, and we have been able to measure carbon levels in the air for over sixty years. Their research shows that temperature increases match the increases of greenhouse/carbon gases in the atmosphere. These measurements show that the accelerated change in air temperature is causing climate shifts across the globe – global climate change.

So, where does all the carbon dioxide and methane gas come from? There are many sources, both natural and human. Greenhouse gases have always been produced by organisms, and our atmosphere and earth system depend on these gases to insulate us from cold space. But modern human activity which burns coal and crude oil products such as petrol, diesel and petroleum gas (collectively called fossil fuels) for the last 250 years has exceeded natural sources of greenhouse gases.

A 2018 global academic study which reviewed published articles and reports from international bodies calculated that human activities now account for 55% of all greenhouse gas released into the atmosphere. These international bodies include the UN Intergovernmental Panel on Climate Change (IPCC) and the UN World Meteorological Organization (WMO).

Many politicians across the world deny the existence of climate change despite 97% of scientific consensus, particularly in the United States. These politicians usually belong to countries which have strong economic ties to the fossil fuel industry, or whose economies depend heavily on fossil fuels (South Africa’s electricity is produced mainly from coal-fired power stations).

Some smaller countries, whose economies depend on the natural environment and ecotourism (these include many island nations and countries with large coastlines such as South Africa or Indonesia) have seen their local climates become less predictable, with an increase in damaging and disruptive events (severe storms, droughts, etc.).

It can be said that while long-established industrialised nations (called the Global North) have polluted the atmosphere more, it is the developing countries (called the Global South) who are bearing the bulk of those environmental consequences and the costs of global climate change. Global South representatives to international bodies like the United Nations (UN) General Assembly have long cried out for environmental justice, suggesting many mechanisms including the ‘Polluter Pays Principle’, where high greenhouse gas-producing countries compensate developing countries to pay for the costs of environmental damage caused.

Our next article will look at what you can do to reduce your greenhouse gas contribution to the atmosphere.

more about the author:

Glynn Alard holds a career of just over 20 years in the field of nature conservation, ecology and education. He graduated with a BTech degree in Nature Conservation (CPUT), Master of Science degree (Wits) and a Post-Graduate Certificate in Education (UCT). He is registered with the South African Council of Educators and the South African Council of Natural Scientific Professions.