Science is an essential part of Islam 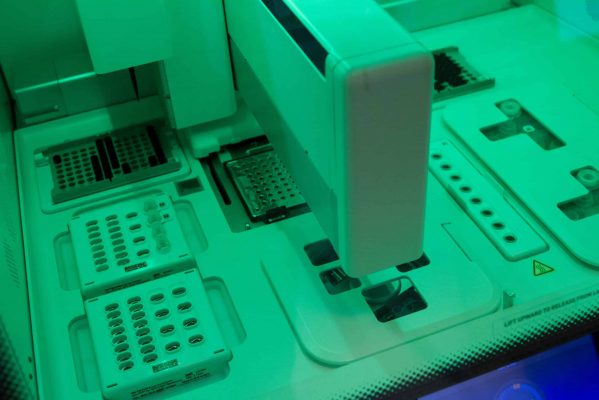 The Big Questions of Existence

Such as Does God exist? How was the universe created and how will it end? How did life originate on Earth? These were always considered to be religious questions. However, religion could only claim that God created the universe but could not tell us how it happened.

In the past few decades, science has demonstrated that the universe did not exist for all eternity as was commonly accepted, but that it had an explosive birth some 14 billion years ago. This strongly suggests that an all powerful being was the cause of this massive energy outburst. This explosion was dubbed The Big Bang. The Quran describes the essence of Big Bang in chapter 21:30 and 51:47.

How did life begin?

Most religions subscribe to the creation theory i.e. that Adam and Eve were created magically out of thin air. They were the first human couple and spawned the human race. This idea is problematic for several reasons. If Adam and Eve gave rise to the human race, there must have been considerable inbreeding and incest. This would have lead to progressively weaker offspring, and eventually their descendants would have bred themselves out of existence. Besides incest is forbidden in the Quran (Chapter 4:23)

In chapter 71:14 the Quran states, “He has evolved you in different stages, forms and appearances and (different) environments”. This verse clearly contradicts the Adam and Eve version of creation. In addition, chapter 29:20 declares “Go all over the Earth and see how ALLAH originated the first creation and evolved the later creation.” ALLAH advises man to explore the earth and discover how life came into existence.

Today scientists are finding clues of how life evolved in the oceans, caves, rocks, and beneath the ground. If Adam and Eve appeared instantaneously presumably in adult form, there would be no traces how they came into existence rendering verse 29:20 meaningless. The above Quran verses are consistent with the latest scientific findings of the origin of man unlike the doctrine of special creation prevalent in other religions.

Science is an antidote to superstition, myth and groundless religious stories. Science and the Quran have enlightened us about our origins (distorted by religion – see above) and have provided us with elegant explanations of phenomena previously based on superstition. The Quran lays down the most fundamental principle of human reproduction i.e. a sperm is required to fertilise the egg (76:2, 80:19, 75:37): It tells us that the dead does not return to life on the Earth (23:99-100); Jinn are not strange invisible beings but are human (7:179, 6:130, 55:33). It teaches an important principle: not to reject any ideas unless we fully understand its inner logic (10:39). The Quran teems with scientific jewels.

DNA technology is applied in identifying criminals (in my book – Document X, I explain how the Quran describes the essential features of the DNA molecule including its uniqueness in a particular individual). Medical knowledge, discovering new drugs and inventing devices are of the utmost importance in healing diseases previously incurable, to relieve suffering and prevent potentially dangerous illnesses. Telescopic observation has assisted us in determining the phases of the moon much more accurately than physical sighting.

Science has given us the microphone, radio, television and the internet and these can all be used to spread the Quran’s message in a fast and efficient manner.

It is no wonder that the first verses revealed to Prophet Mohammed (pbuh) 96:1-3) are not a religious obligation, but a command to acquire knowledge. The Arabic word “Iqra” which represents the commencement of revelation goes far beyond mere recitation. Its meaning includes to research, to investigate, to experiment, to uncover the secrets of the universe. It is through application of this word that we can learn about Allah’s awe-inspiring creation and express our religiosity by helping others. Science without religion or a religion without science are both equally lame.

Islam which embraces science and philosophy is the original true religion of Allah.