R500-Million Worth Of Cocaine Busted in Durban 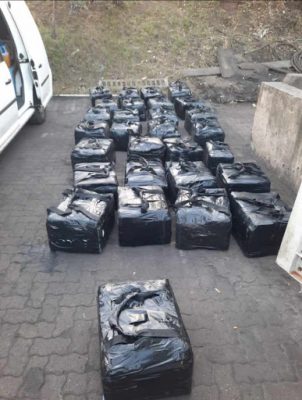 Half a billion rands worth of drugs has been seized at Durban Habour last month.

SAPS’ Narcotic Enforcement Bureau of the Hawks in Gauteng acted on a tip-off about a container that allegedly contained truck parts destined for SCANIA SA – a truck manufacturing company.

During the search, officers found several black bags wrapped in plastic placed at the entrance of one container. Upon further inspection, police uncovered 999 cocaine bricks, weighing 100kg to the street value of R500-million.

Investigations into the drug bust are ongoing. No arrests have yet been made.