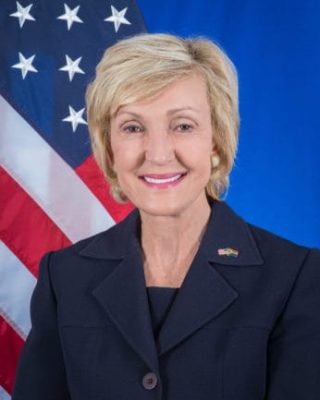 On 14 September 2020 it was reported in the online newsletter Politico that the United States believed there was an alleged plot by the Iranian state to assassinate Mrs Lana Marks the US Ambassador to South Africa. Unsurprisingly the Iranian government categorically denied the allegations. They alleged that this was the latest in a litany of dirty tricks by the US intelligence community and / or their allies to break down the relations between Iran and South Africa and further smear the integrity and image of Iran.

To date the US sources making these allegations have not provided any tangible evidence of an assassination plot. They allege that the motive for this assassination plot is to avenge the US assassination of the Iranian General Qassem Soleimani in January 2020. However, firstly, it is highly unlikely that the Iranian Government would choose to assassinate an unknown diplomat who lacks political influence in the corridors of power and has no background in the political, security or diplomatic cluster. Her appointment was purely on the basis that she is personally close to the US president.

Thus, if the Iranians were preparing a revenge attack it would not be Ambassador Marks as this would be perceived as an insult to the legacy of the late general Qassem Soleimani given his importance and popularity in Iran and elsewhere. Secondly, what makes these allegations more improbable is why Iran would choose to conduct an assassination in South Africa , a country that it regards as a very close political and economic ally. Iran can ill-afford to jeopardise its friendly relations with South Africa at a time when it requires as many friends as possible. Finally, the timing of the alleged plot is questionable.

Iran has much more to lose than gain by planning an assassination plot against the US during this period since the US is going into a Presidential election in approximately a month’s time. An assassination of a US ambassador would at this point in time be a strategic blunder for the Iranians should the Democrats win the Presidential Elections. Iran has a history of strategic and tactical pragmatism and flexibility to International Relations and war. Thus even if they were intending to plan a revenge attack they would rather wait for the outcome of the elections before considering the possibility of a revenge attack. This is because they are hoping that President Donald Trump will lose the elections and that the Democratic Presidential candidate Biden will pick up where former President Obama left off with the Nuclear peace deal that President Trump threw out.

Taking the above into account the allegations are correctly described as ‘bizarre” by Mr Naeem Jeenah, Director of the think tank Africa Middle East Centre (AMEC). Most other local foreign policy and security experts also concur that the allegations were both illogical and mischievous. Thus if we assume that the allegations are a figment and fiction of the US intelligence and/ or diplomatic community, the question is why would they fabricate such allegations? In this regard the body of evidence indicates a dangerous historical pattern by the US and their allies of being alarmist, trying to create terror crises when there have been none and exaggerating terror threats in our country.

History has proven that they were wrong on all accounts and that these allegations of terror attacks over the past decade turned out to be untrue. Why then were these cloak and dagger allegations made? Most analysts believe that they were created to pressurise our security agencies to forsake their sovereignty by allowing these foreign intelligence agencies to operate freely in South Africa under the guise of investigating and neutralising these so-called Islamic fundamentalist terror threats.

The danger of these historical hoax terror threat tactics of the US Intelligence community is that the US have now become the Shepard Boy in Aesop’s fable ‘’The Boy who Cried Wolf’’. Unfortunately we all know how that story ended. The US must therefore ‘’Stop Crying Wolf’’ because the day will come when she does pick up on a real terrorist threat to be committed on our soil and then nobody is going to listen.