Message to Political Parties: To Attract Donors, Get Your House in Order

Has the ANC been so reliant on funding from dubious sources and involved in pay-for-play to the extent that when this tap started to dry because of the Party Political Funding Act, its impact has been as devastating as it claims?

When the ANC, and to a lesser extent other political parties, place the blame for their alleged financial hardships squarely at the door of the recently enacted Political Party Funding Act (PPFA), they shift the focus from their own internal actions, internal processes, and lack of planning.

If the ANC and other parties are truly in such dire financial straits, what we really need to be asking is why donors do not want their association with, and support of, parties to be known? The most logical answer is that there are people and businesses that have weighed up the value of being known supporters of a party and have decided that the public association is no longer worth their funding.

An additional explanation is that the relationships between some donors and parties were corrupt in nature, and neither can afford such connections to be known.

It also makes one wonder the true extent of such nefarious dealings between donors and political parties, in particular the ANC. Has the ruling party been so reliant on funding from dubious sources and involved in pay for play to the extent that when this tap started to dry, its impact has been as devastating as it seems?

These are the real issues we need to be concentrating on — not a law aimed at promoting transparency, accountability, curbing corruption, and providing access to crucial information to exercise one’s political rights.

So, what should political parties do to ensure they are funded?

The ability of parties to solicit donations and on the other hand, hesitancy, or reluctance from donors to fund parties, is due in part to the way that parties have conducted themselves, managed their internal operations and their resulting public image. This is where the concept of intra-party democracy (IPD) needs to be considered as one of the ways that parties can deepen their commitment to democracy and by doing so, help their own literal and metaphorical fortunes.

IPD can be defined as a foundational set of democratic practices and processes adopted and implemented in a political party’s internal functions. The purpose of IPD is aimed primarily at enhancing participation within a party and ensuring that power is not concentrated and centralised. This can be achieved in many ways including through ensuring democratic and fair handling of processes such as the selection of candidates and leaders, policy development, disciplinary processes and promoting accountability and transparency.

Now that donations are in public view and the relationships between politics and private capital are under greater scrutiny, one would think it politically expedient for parties to try and improve their public image. Given that they want to continue to attract funding — and can no longer rely on dubious funders — they need to paint themselves in a certain light. Public opinion plays a role because donors who will be exposed may be wary of being associated with parties that, for example, are not seen to uphold the rule of law or are corrupt or who are not providing service to the country’s people.

Our recent political past has been fraught with scandal and corruption and, in many cases, parties have focused on protecting the party and members at all costs, over the public good. This failure of accountability has had a long-term effect on the way that political parties are perceived. When parties are more concerned with their own survival and the self-enrichment of leaders and members, their public perception is tarnished.

It is undeniable that the new regime of funding transparency would have led to some donors reconsidering whether they want to fund political parties now that these relationships will be public. There may very well be people, businesses and organisations that have taken a decision to end or lower financial or in-kind contributions.

The report issued by the IEC illustrates as much, with only three parties disclosing donations received over the threshold amount. Analysts have pointed out that it is unlikely that the larger parties did not have donations they would need to disclose. The information provided (or in this case, possibly not provided) by parties about their funding leaves us with many unanswered questions and makes one wonder the degree to which this report is truly reflective of the private funding of our politics.

In a recent interview following the IEC’s report, Mary Oppenheimer-Slack, the DA’s largest donor in the reporting period, said that the lack of privacy may scare off potential donors. The thinking behind this, especially for those donating to opposition parties, is that they will suffer reprisals. While there may be some truth to this, the bigger picture is about shifting political culture around funding and transparency. This is of course complex and will take time, but the benefits far outweigh any potential drawbacks. Under the new law, if donors perceive that they are being penalised, they have more ammunition to prove their claims compared to when it was all behind closed doors.

The need for political funding

My Vote Counts has always recognised and supported the need for parties to be funded. Donors should proudly and openly donate to parties that they support and whose vision they want to see become a reality. There is nothing wrong with this. Politics is an expensive business and parties are the lifeblood of a democracy and the primary (although certainly not the only) vehicles through which people can participate politically.

Adequately funded parties are necessary for an open, competitive political environment. Parties are supposed to represent the needs of the country and its people and for a functional multi-party democracy that offers myriads of choices for the electorate, parties need money to pay employees, have offices, and contest elections. These are not inconsiderable amounts, especially for the larger parties.

In general, donors that contribute substantial amounts have public images and business interests that they naturally want to ensure are not sullied. If political parties managed themselves in a way that had general support in society and reflected the vision and ideals of what is generally accepted by the public to be decent and good, then potential donors would be far less hesitant to part with their money.

The PPFA provides an opportunity for parties and the public to rethink political funding and reset towards a new era of openness and accountability. The days of secret funding — while not completely eradicated — have fundamentally changed. If parties are to continue sustaining themselves and attract funding from donors, they need to deepen their commitment to democracy in the way that they manage their parties.

Originally published in Maverick Citizen, courtesy of My Vote Counts 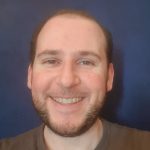 Joel Bregman is Director at My Vote Counts. His research focuses on intra-party democracy — working to understand the extent to which political parties institute democratic practices internally and why this is important for South Africa’s democracy and governance.

Steinhoff gets a R190m slap on the wrist

Several restrictions have been lifted for the Umrah pilgrimage. The Saudi Ministry of Hajj…

Another teen shot in Delft

A 13-year-old girl has been shot and wounded in Delft. Police say that she…

"“The highest victories' victory of universal truth in the universe is the battle of Karbala, and the precious proof of truthfulness is the sacrifices of Hussain Ibn-e- Ali.” ― Ehsan Sehgal "