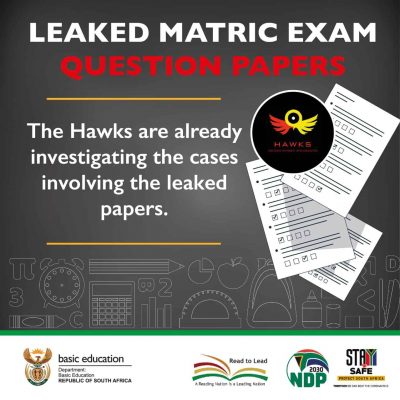 A second matric exam paper leak is being investigated. According to the Basic Education Department the Physical Sciences Paper 2 was circulated before the exams this morning. Screenshots of the question paper were reportedly posted in a WhatsApp group.

The department says teams have been dispatched to the provinces to re-check security systems. The Hawks is already investigating last week’s leak of the Maths paper. Basic Education Minister Angie Motshekga says it’s unfortunate that people continue to be involved in something like this even though the consequences can be dire.

She notes that this is causing untold stress for learners who are looking forward to exiting the schooling system with a pass from an honest examination. The statement came after an urgent meeting of the Council of Education Ministers (CEM). It discussed the implications of these leaks.