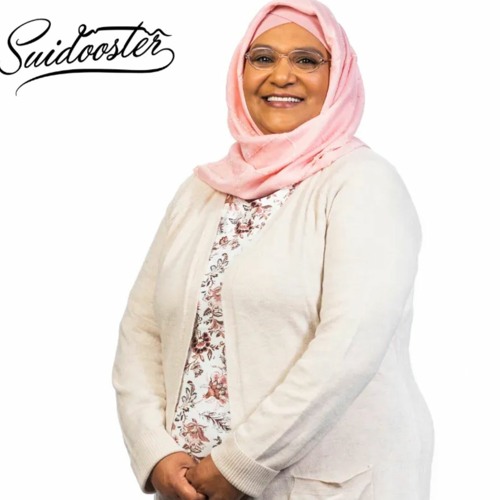 Born and bred in Athlone in Cape Town, Na-aymah Ally Samaai is an actress and radio personality in Cape Town.
She is a beloved former Radio 786 presenter who was active during the years 2002 – 2016, and is fondly remembered on many programs, such as Tiny Tots, What’s Cooking, various outside broadcasts and she was also an avid supporter and advocate for Wheelchair Rugby on Radio 786.
Her theatre background largely stems from the Radio 786 network. She was part of the cast of a few productions headed up by the Radio 786 & IUC; the Fall of Gordoba and a production centred on Imam Abdullah Haroun in 2019… and this year she was nominated for her role as Ouma Rabia on KykNet’s Suidooster; “Outstanding Newcomer” with the Royalty Soapie Awards, which aired on Saturday 2 October 2021 on SABC 1. She’s also a BA graduate from UWC and is now studying a Postgraduate Certificate in Education at UCT. She’s got three sons (also part of the Radio 786 offspring!) and three beautiful grandsons.