Emmanuel Macron proposes bill for the creation of a ‘French Islam’ 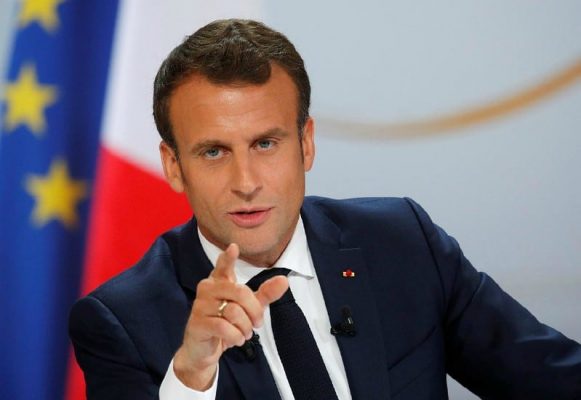 France is being slammed for seeking to create what President Emmanuel Macron calls, a French Islam.

A draft bill announced by Macron for the creation of “Islam of the Enlightenment” is being dismissed as xenophobic and racist. The “fight against separatism” bill is expected to be submitted to the Council of Ministers in December, later this year. Macron says the proposed legislation is an attempt to erase divisions within the society, though it further polarises Muslims and seeks to impose France’s warped values on the religion.

Among the prohibitive measures contemplated in the draft law, home-schooling would now be restricted to avoid having children “indoctrinated”. Prefects – local representatives of the central government – will also be given the power to annul decisions by mayors to restrict school cafeterias or swimming pools to women or men only.

The French President who has been on a neo-colonial crusade thinks that Islam is in crisis and is promising no concessions to defend France’s secular values against what he termed as “Islamist radicalism”.

Turkey has moved to slam Macron’s remarks saying, “it is nobody’s business to subject our exalted religion, whose name means peace, to false and distorted ideas in the guise of trying to ‘enlighten’ it.” The Foreign Ministry further said that “states do not have the right to determine religious services and the interpretation embraced by the faithful through laws.”

The former colonial power is now coining phrases such as a European Islam and a French Islam which is directly in contradiction with Islam and its constitution, the Quran.

Anti-Islamic rhetoric has been a hallmark of French politics with opposition leader, Marine le Pen comparing Muslims praying in streets to Nazi occupation. A member of Macron’s party, Anne-Christine Lang recently walked out of a Parliamentary hearing because a student union leader decided to wear a veil for the hearing.

The French satirical weekly newspaper Charlie Hebdo also republished its offensive cartoons on Prophet Mohammad last month, which President Macron defended as their right to blaspheme. In 2010, France banned the burqa and a year later, street prayers on Fridays were banned. In 2017, Muslim organisations sued the state demanding that they receive meals without pork in schools.

There are currently 6 million Muslims in France and they make up at least 8 per cent of the French population. The contentious legislated bigotry by Macron is seen as not only an affront to Muslims, but an attempt to colonise it.