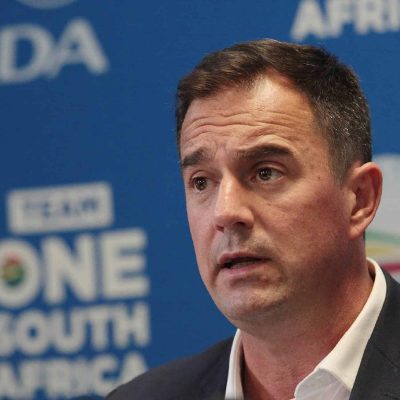 The Democratic Alliance (DA) is focused on ensuring that it has outright wins in next year’s municipal elections. This was reiterated during the party’s elective congress this past weekend.

Newly elected leader, John Steenhuisen has told Radio 786 that despite the DA’s poor experience with coalition governments, it will not rule-out the possibility of joining forces with another party.

However, he has stressed that they will not enter a coalition for the sake of it, and will rely on being on the same policy direction.

Steenhuisen further noted that a proposal to amend the DA’s social media policy was unnecessary, stressing that it already has clear guidelines.

He says that the party will not infringe on its members’ freedom to express themselves, but has reiterated that any comments on social media that place the member, or the party in a poor light, will be dealt with.

The newly-elected DA leader maintains that he will remind any party member that breaks their social media policy of their responsibility towards the image to the party.

This as senior member, and Federal Council Chairperson, Helen Zille, has openly expressed her appreciation for the legacy of colonialism.

LISTEN to the On the Agenda interview with DA leader John Steenhuisen: