In a first for radio, a carpool broadcast of Radio 786’s morning drive-time show was held to commemorate the 51st anniversary of the death of Imam Haron in detention.

The anti-Apartheid fighter used the pulpit to energize and conscientise the Muslim community about the oppressive nature of the white supremacist system. In challenging the oppressor, he was tortured and murdered.

This special edition of News Reviews and Analysis took a trip down heritage lane and traced the steps of the late Imam Abdullah Haron. On the road with us was Fatima Haron-Masoet – the youngest daughter of Imam Haron and Galiema.

The national coordinator of the Imam Haron Foundation Cassiem Khan was also present.

Radio 786 journey began at the Al-Jamia mosque in Stegman Road, Claremont. It was here that the Imam used the pulpit to conscientise congregants and advance the struggle against apartheid. The Imam was not only a young cleric at the time, but he used this energy to shake the long-standing practices of exclusion in the structures of governance in the Mulsim community. Notably, he began teaching classes for both males and females and had particularly encouraged female involvement in Muslim and mosque affairs. The Stegman Road mosque is also the breeding ground for his influence with youth, having started a movement of adults now beginning to re-shape their political Islam.

The Al Jamia Masjid was declared a provincial heritage site in 2019 at the turn of the 50-year commemoration of his martyrdom. 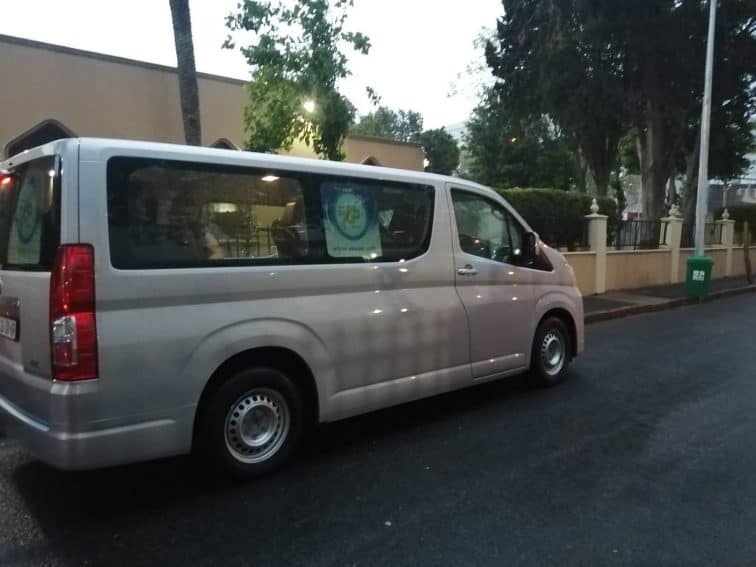 In 1965 through Apartheid’s Group Areas Act the Haron family like thousands of others were expelled from their home. They were forced to sell their Jefferson Road home in Claremont. It was the home where all three of their kids were born, Shamila, Mogamad and Fatima. They then moved to Repulse Road in Athlone.

Owing to his financial independence, Imam Abaulldah Haron built a house in Repulse Road in Athlone. He was a sales representative for a British sweet company. Here he would play an integral part in cementing Muslim-Christian relations. The home which he and his wife, Galiema, built was named the Golden Eye. His daughter, Fatima, says that the name was inspired by James Bond movies as her father had loved the genre of films.

The house which is built opposite the City and Suburban Rugby Stadium (City Park) is where his Janaza (funeral) was later held. 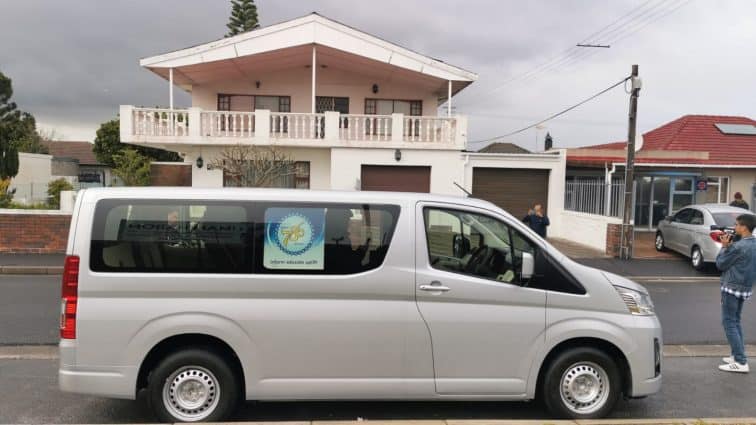 In 1968, the Imam travelled to several countries. He went to the holy city of Mecca while also meeting high profiled people from the Saudi kingdom. He was in Egypt, Britain and Holland. It was in London where he placed his eldest daughter in a study programme at one of the educational institutions there.

Upon his return, the Imam was followed and detained. He was later held without any communication or link with the outside world for more than 120 days. The Apartheid police claimed that he fell down a staircase at the Maitland Police station.

This version has been widely disputed and dismissed and an autopsy revealed that the anti-apartheid fighter had been tortured while being held at the Caledon Square (Cape Town Central Police) station. An autopsy is said to have found 28 bruises on the Imam’s body. At the time it was documented that the Imam suffered internal bleeding and his ribs had been broken. Haron’s family has always maintained the recorded version of his death is a lie Haron died on September 27th, 1969. His funeral drew tens of thousands of mourners and his burial had not been without any drama. At the time, the Security Branch prepared a gravesite for him high-up at the Mowbray Kabarstan among paupers. Members of the Muslim community then outsmarted the Apartheid police and buried the Imam at the entrance of the graveyard while his final resting place was guarded by members of the community.

Capetonians vividly remember the events of this day which had also been characterised by a 6.2 magnitude earthquake at Tulbagh in the Western Cape.

At the burial site lay the remains of his wife, Aunty Galiema who died on the same day his 50th death anniversary had been commemorated in 2019.