In Cape Town, Muslims gather to mark Moulood with various traditions, one of which is the cutting of lemon leaves that would later be infused with rose water to create a potpourri effect.

The rampies-sny tradition gathers largely females to cut and sort orange and lemon tree leaves – because of its scent.

The leaves are cut into small  shreds and packaged with rose water and later distributed on the day of Moulood. As they prepare the leaves, Salawaat [praises on the Prophet Muhammad (SAW)], are melodiously rendered.

The origins of Rampies is derived from the word “Rampai”, or “Bunga Rampai” from Malaysia.

While cutting the leaves, women heap praises on Prophet Muhammad (pbuh). They later place it in a basket – the oeker – while prayers are recited over it.

The sachets of rampies are then distributed during the occasion of the 12th Rabbi-ul-Awwal at various mosques. Men would carry these on them for a fragrant smell whilst also intending to reap the benefits of the prayers that were rendered during its preparation.

Young boys would distribute it to congregants at the mosque whilst also distributing rose water in the hands or fez of musallees.

Mawlid is a religious festival that is marked as a public holiday in some Islamic countries. 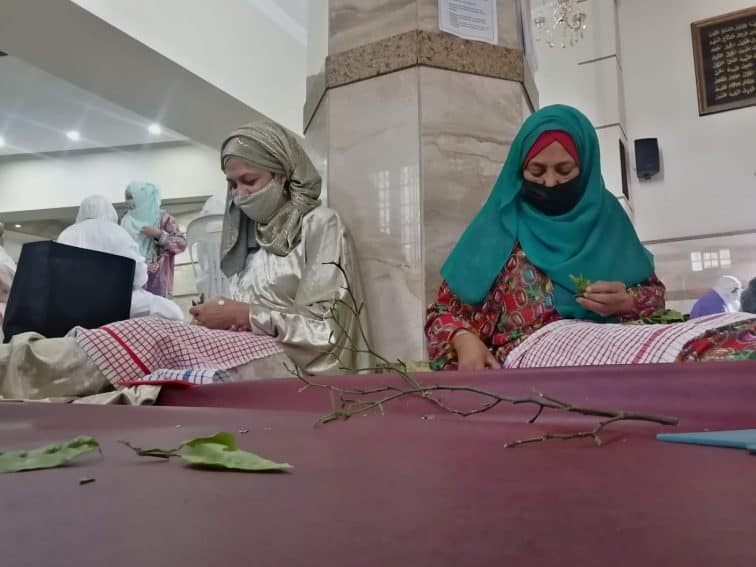 Known as a trustworthy trader, Muhammad became a prophet not until he was 40 years old.
Around the world, Muhammad’s birthday is celebrated with religious programs and festivities.