Station managers: The conductors of radio 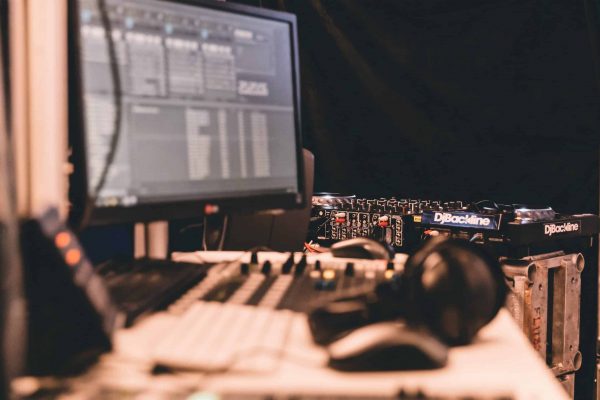 While 20 years ago a radio station manager may have been looking after the metaphorical equivalent of a trio or quartet, today the role demands someone who can conduct an orchestra.

The role of a radio station manager has drastically changed. Just 20 years ago, the position meant focussing on terrestrial broadcasting alone. Today though, the demands of digital channels, internet rivals and data management have transformed the job.

“You are a conductor,” said Greg Maloka, Kaya FM managing director*. “You have moved from conducting music for a trio, and you now have an orchestra.

“The station manager’s role has broadened,” said Tessa van Staden, CapeTalk station manager, “and I suspect it will continue to broaden. You have to monitor audience behaviour across several platforms, not just terrestrial radio. You have to be open to experimentation.”

In fact, Tim Zunckel, a trainer and radio creative, said that in his opinion the station manager role at many commercial radio stations was largely gone and had been replaced by a managing director.

“East Coast Radio, Jacaranda FM, Kaya FM, OFM and Algoa FM no longer have a station manager. [But] you will still find the station manager role in community radio because it is much more hands-on,” Zunckel said.

“The role of station manager has changed a lot,” said Maloka. “When I joined Kaya FM 12 years ago the very first question, I asked the staff was ‘what business are we in?’. Everyone answered ‘radio’. That is great. But we are not in radio anymore. We are now in the content business.

“FM is merely a channel. Content is king. And people are seeking a credible source of content. However, you don’t want to be led by technology. Radio is still able to capture a mood, a memory, a story. Managing radio stations is going to be broader than just finding people to create content. It is also about using the new tools that you have,” Maloka said.

On the topic of content, 5FM station manager JD Mostert said radio stations’ new competitors were anyone that created content. “The reality is that technology has disrupted radio in such a way that everyone has become a content creator of sorts.”

Understanding the audience from all touch points

Just 20 years ago, said Mostert, a radio station operated by building an audience on FM and selling that audience to advertisers. “You now need to understand your audience from all their various touch points,” he said.

Touch points meaning all the different digital platforms that radio stations are now involved with, such as social media, apps, video, podcasts and digital radio.

Jacaranda FM has nine different platforms, however, terrestrial FM, its website and app are the most important.

In a similar vein, Kaya FM had developed lots of content platforms, Maloka said. The station had launched Kaya TV, Kaya Travel, Shop Kaya and Jazzuary FM, which is a jazz only online radio station.

Radio’s slice of the media pie was under pressure due to the huge growth in the internet media, said Mostert. “This means there is pressure on the station managers to find alternative revenue streams. It is challenging.”

Advertisers were now looking for multi-platform solutions, he said,adding that they were increasingly comparing what radio stations had to offer with major digital platforms like Google, Twitter and Facebook. Therefore radio stations needed to adapt and evolve rapidly.

Data costs were going to fall in South Africa, which would make the internet more accessible, and consumers would devote more of their time to it, Mostert added.

At two stations, Jacaranda FM and CapeTalk, website audiences are already greater than their broadcast following.

Jacaranda FM programming manager Hennie Myburgh said that the station had the most significant commercial radio website in the country with 1.6 million unique browsers per month, which compared with the station’s FM terrestrial audience of 1.061 million.

CapeTalk‘s Van Staden said that the station’s website had a record of over one million unique browsers in February.  By comparison, CapeTalk has a terrestrial AM audience of between 75 000 and 80 000 people.

“No one is entirely sure why there is such a big difference. If you look at national and global trends, it is unusual to have such a small terrestrial audience and a huge digital audience,” she added.

To keep its digital assets well oiled, Jacaranda FM has a small and growing team of five people dedicated to its digital and social media. The station recently appointed a market engagement manager. “This shows a desire and intention to grow in this space,” Myburgh said.

“We can’t do anything without considering what the digital impact or approach will be around it. That has been a real mind shift for us,” he added.

Trying new things was a key part of the new era, and Jacaranda FM in February started an experiment with video-sharing social media platform TikTok, he added.

Mostert said that 5FM was experimenting with TikTok too. “Our presenters are communicating with TikTok. It is very video-heavy. Video outperforms every other form of content, especially short videos,” he added.

Digital platforms allow Jacaranda FM to reach audiences, including an international audience.  “We have a fair bit of audience from places like the UK, Australia, Dubai and Canada,” Myburgh said.

South African radio stations needed to start thinking globally, said 5FM’s Mostert.  “We have people listening to us from all over the world because of the internet. Our international audience is mainly South African expatriates,” he said.

There was a significant opportunity to make money from a global audience. “Look at what Netflix is doing,” he added.

Another new development is the emergence of dedicated digital radio outlets without a corresponding, conventional broadcast set-up. Examples of these stations are East Coast Gold and Gareth Cliff’s CliffCentral.Com.

However, Zunckel’s opinion is that FM will remain relevant as it is free and relatively easy to maintain.  Kruger said that digital radio stations had not taken a lot of market share away from the traditional radio stations.

Van Staden said that pure-play internet stations were not as big in South Africa as they were overseas. “Advertising spend still goes to traditional terrestrial radio,” she said.

Myburgh added: “FM has three major things that are going for it. It is live, there is still that element of locality, and it is free. Bandwidth remains a barrier to digital radio.”

“I have yet to speak to a radio person who understands big data, said Tim Zunckel, a trainer and radio creative. “So, you aggregate 50 000 Whatsapp messages…what does that mean? Just getting data doesn’t mean anything.”

Big data refers to a massive volume of digital data that is so large it is difficult to process using traditional databases and software techniques, according to webopedia.com.

“Unless you are a digital company like Google, I don’t think we have enough resource and people to understand how to aggregate digital data,” Zunckel said of the radio industry.

What radio stations probably needed, he said, was data scientists, working as consultants, who could interpret big data for them.

The Radio Awards added the Station Manager’s Choice Award to its more than 80 awards in 2020.

The award was introduced in order to  acknowledge the unsung heroes operating in sales, marketing, finance and other roles at radio stations that are not normally in the public eye, said Taryn Westoby, head of Arena Events,

“So, the new award is a great way for station managers to let these individuals, and the listening public, know how appreciated they are, and how essential their contribution is,” Westoby said.

The criteria for the award are credibility, fellowship, work commitment and personal performance.

“The nominee’s impact can be determined by their spirit of camaraderie, commitment to the job, and their performance,” Westoby said.

By the closing date on 28 February, 12 entries had been received for the new award.

For The Radio Awards as a whole, there were a record number of entries of more than 2000 from over 160 stations.