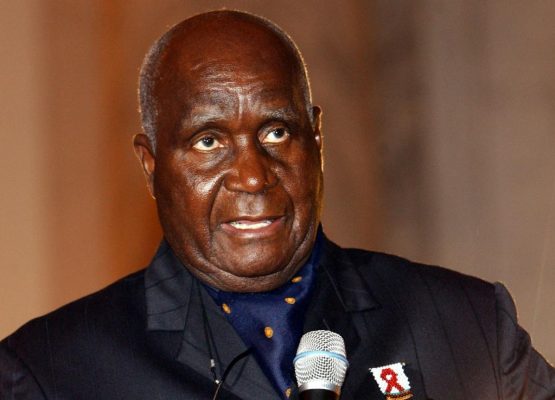 Former Zambian president Kenneth Kaunda died on June 17th, at the age of 97.

He became the first president of an independent Zambia, serving from 1964 to 1991.

After having briefly lived in Tanzania, Kaunda returned to Zambia in 1949. He worked as an interpreter and adviser on African affairs to Sir Stewart Gore-Browne, a white settler and a member of the Northern Rhodesian Legislative Council.

In-so-doing, Kaunda acquired knowledge of the colonial government and was used to his advantage when he joined the African National Congress (ANC). Kaunda later formed the Zambian National Congress which as its first task forged a militant policy against the British plan to further divide the region.

The plan not only led the British colonisers to stop their plan, but also led Kaunda to be jailed. By the time he was released from prison by the colonial government on January 8, 1960, Kaunda was elected president of the United National Independence Party (UNIP), which had been formed to lead Zambia into a nation free of colonial domination.

Senior Project Leader of Peacebuilding Initiatives at the Institute for Justice and Reconciliation (IJR) Dr Webster Zambara tells Radio 786 that Kaunda was the last standing figure of the founders of the Organisation of African Unity which is now the African Union. Kaunda who was fondly known as ‘KK’ had been integral in supporting liberation movements in southern Africa.

Zambara says he selflessly gave Zambia away to the continent in the fight against colonialism and apartheid.

Kaunda was a strong supporter of efforts to end apartheid in South Africa. He gave refuge and material support to military fighters of the ANC, APLA and ZANU-PF.

Zimbabwe’s former Minister of Higher & Tertiary Education Professor Jonathan Moyo said no sentence about the history of the liberation struggle in Southern Africa will be complete without the name of Kenneth Kaunda.

Throughout Kaunda’s career as President, he tried navigating the country out of white colonial domination while also tempering tribal tensions.

By the early 90’s, Kaunda was in political trouble with an increasing demand for a multi-party democratic election. This led to Kaunda losing the 1991 presidential election, winning only about 25 percent of the vote.

After the votes were counted, Kaunda appeared on national television to congratulate his opponent and accept the results. “The true lesson of democracy is to accept the verdict of the people,” he said. “This I will do. . . . I have done my best for Zambia. This is the nature of multiparty politics. You win some, you lose some. It’s not the end of the world.”

President Cyril Ramaphosa of South Africa has declared 10-days of mourning and ordered that the national flag be flown at half-mast to commemorate the death of Kaunda, labelling him the ‘father of African independence and unity.’

“War is just like bush-clearing-the moment you stop, the jungle comes back even thicker, but for a little while you can plant and grow a crop in the ground you have won at such a terrible cost.”

Kaunda’s legacy is a mixed-bag, as is the case with most world leaders. For most, he will be remembered as a giant proponent for a liberated Africa, whom had given refuge to revolutionary movements and had set the path for a real new dawn for African leadership.